As the COVID-19 pandemic has spread worldwide, media narratives have focused first on how this has affected the global north, even while experts flagged that the worst was yet to come. In the past few months, the pandemic has hit emerging economies with dense urban populations in which social distancing and isolation are impossibilities.

Latin America’s societies have seen the horror of bodies piling on the streets of Ecuador, among the dead those of at least 9 journalists that died because of lack of protection equipment during work. At the same time, Brazil now has the second highest death toll in the world, and the favelas population are left to their own luck while self-organizing to fight against the virus.

The pandemic arrives in a context that according to the 2019 Reporters Without Borders Index, has seen in the last years a surge in corruption, increasingly concentrated media ownership and violence against journalists. This has contributed to a spike in fear and self-censorship, state censorship and authoritarian excesses, disinformation and cyber-harassment.

Media concentration turned historically family-owned companies into conglomerates. UNESCO has warned about the threats of this process: when combined with property concentration, geographic concentration also affects pluralism and diversity, as it generates a uniformity of agendas and informational contents. Concentration is perceived as ‘indirect censorship’ by international and supranational organisations such as the Inter-American Commission on Human Rights.

A form of media ecosystem response to this oppressive scenario is the emerging number of independent media outlets. A great example is in the Northern Triangle where independent media has been on the rise as well as in most of Latin America. Public interest journalism is trying to make governments accountable to their oppressions and mistakes.

In 2021 we aim to expand our support to new partners initiatives in these regions of Latin America, such as the Northern Triangle (Honduras, Salvador and Guatemala) that in the last decade have seen violence escalate since a wave of street gang members deported from prisons in the USA arrived in El Salvador. This and years of unrest has started waves of migration that have resulted in millions of people seeking better living conditions. For an example, see the work of Chicas Poderosas on migration stories in Latin America covering minorities published in 2019 with Check Global support.

Our work with the Check Global project is to address inequities in access to information, increase media literacy skills and counter misinformation, but how does this look during a global pandemic and economic crisis? Much of it involves supporting our partners in adapting their strategies and plans to better respond to their communities’ needs during this time. Here’s what we’ve been doing, and what’s coming next: 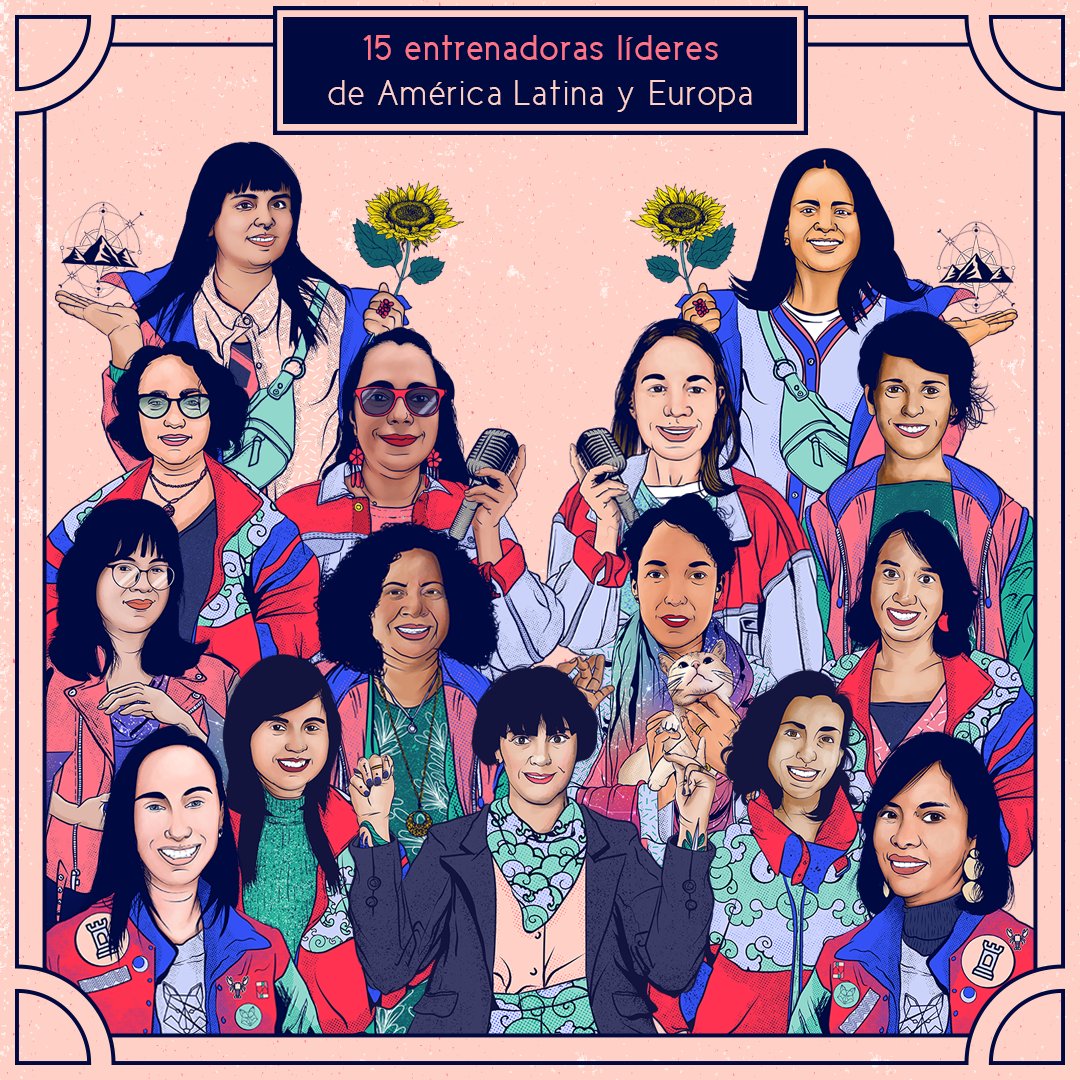 Chicas Poderosas has adapted with agility to this new challenge. A global, 18-country community that promotes change by inspiring and fostering the development of women in the media, they migrated their flagship event to an online format, creating their first Online Mediathon in Ecuador that is scheduled to happen at the end of 2020 , in which 100 women will be trained in journalism and media skills.

They have also launched “Women, Power and the Media” a MOOC with attendees numbering as high as 3,900 women and increasing everyday, with support from Check Global and the Google News Initiative and hosted by the Knight Center. The online course has been designed for women who work in the media and journalism field so they can strengthen their current leadership tools, acquire new ones and learn from the professional practices of other women leaders. The community that is organically being formed around it created job boards to share opportunities, study groups for LGBTQIA+ members in Guatemala and journalists that work with gender issues. This course will be translated to arabic and localized to the NAWA Media website an open-access platform aimed at media professionals and journalism students in North Africa and Western Asia (NAWA) offering them support through training resources.

Another response to the pandemic was Conversaciones Poderosas: COVID-19 (Powerful Conversations) a series of 8 facilitated conversations between media professionals published on the Chicas Poderosas YouTube channel, an initiative aimed to support Spanish-speaking journalists covering COVID–19.

Understanding that women in Latin America have long been denied agency in healthcare and that this new virus is one of several health concerns, the project Hermanas [Sisters]: Information to accelerate women’s health was created to transform medical information and studies into accessible, attractive, and high-impact content, providing clear, verified information that will normalize prevention behaviors and question stereotypes. This will be shared under a Creative Commons license so it can be localized, translated and applied to other contexts. 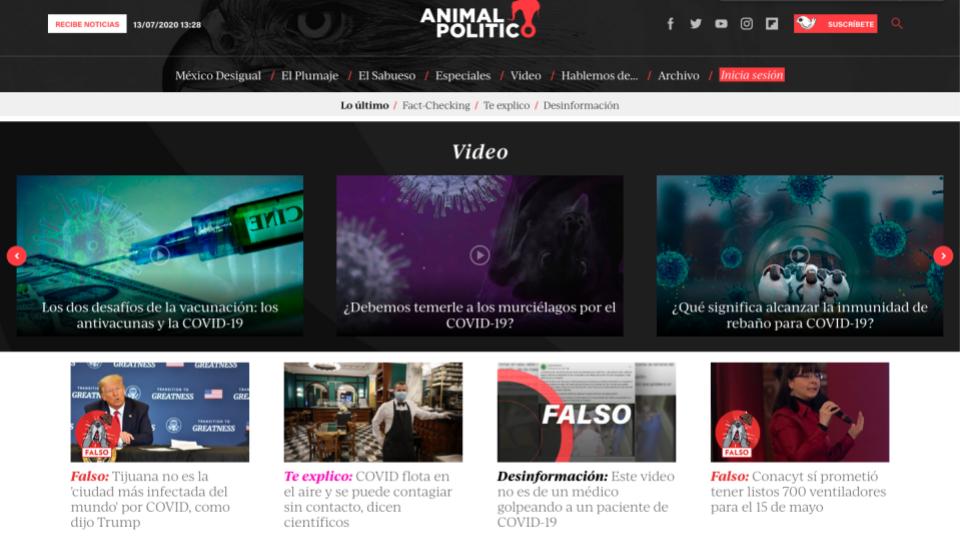 The elections in Mexico, Brazil, Venezuela, Paraguay, Colombia and El Salvador prompted an increase in attacks on journalists, especially by politicians, government officials and cyber-activists, and reinforced a climate of mistrust and animosity towards the media. Journalists are frequent targets of death threats, physical violence, and abduction.

Animal Politico, our Check Global partner based in Mexico, suffered cyber attacks in 2019 as a result of the independent work they do in what Amnesty International has called one of the world’s deadliest countries to journalists. This year we are supporting them to continue their fact-checking work and research in social media to understand how disinformation that appears to be inoffensive is often focused on promoting hate speech and gender issues. They in turn are creating media literacy content in multimedia formats to access new and young audiences. 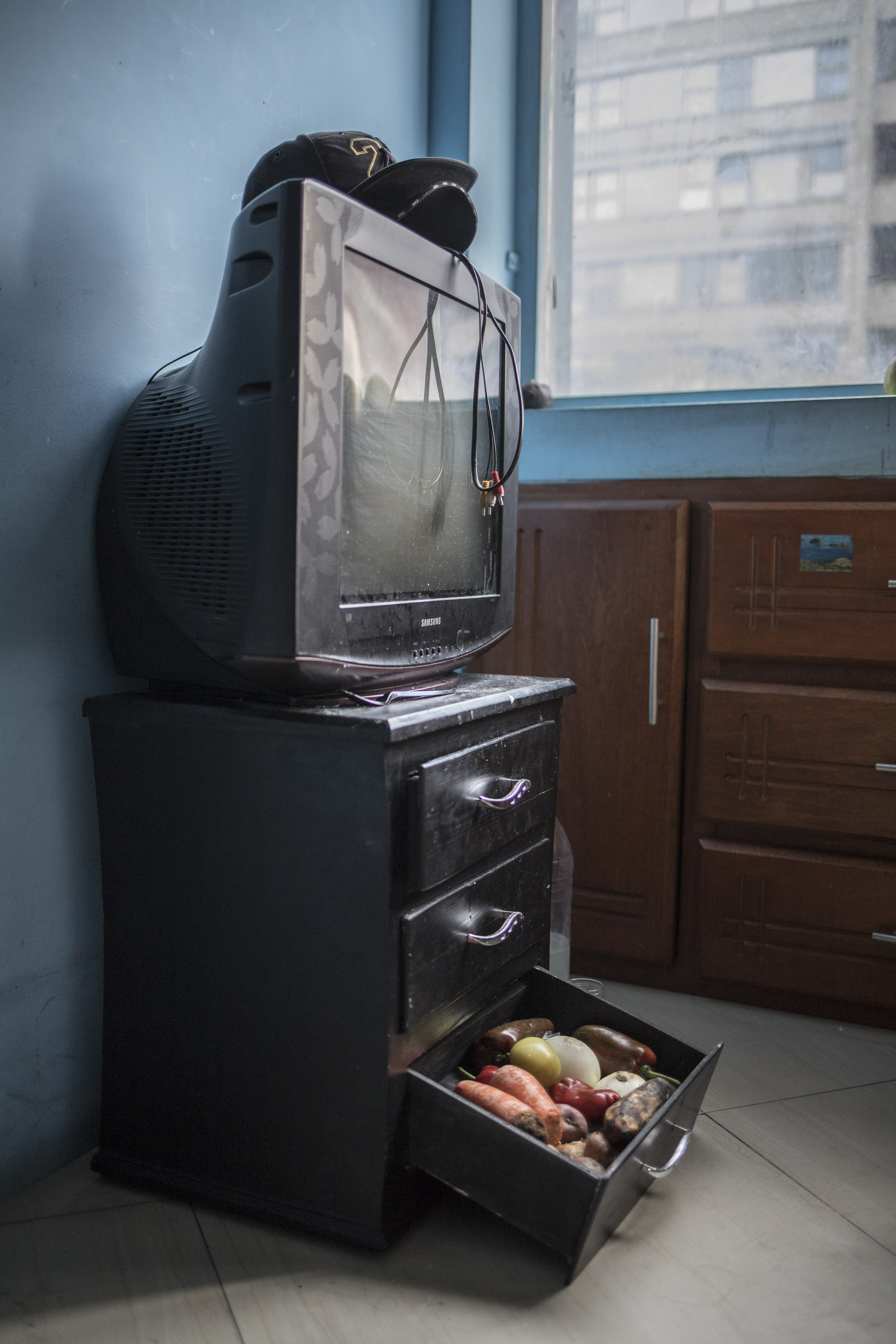 Image courtesy of photographer Fabiola Ferrero, from Ruda Colectiva one of the Check Global-supported projects focused on a visual investigation of the impact that the pandemic has had in the food chain throughout Latin America.

Beyond our existing partners, Check Global has been keen to support a broader range of organizations. This year, we launched 25 micro-grants to support independent grassroots organisations. Amongst them, we supported 7 organizations in Latin America. One such group is Coletivo Cirandeiras(Collective Cirandeiras), who will produce podcast episodes on the stories of women leaders in underrepresented and marginalized communities in Brazil. We will also be supporting the fact-checking work of an alliance of two independent media outlets in Cuba Periodismo de Barrio (Journalism of the Barrio) and elTOQUE (The Touch) to increase regional awareness in matters related to the pandemic.

Another fact-checking initiative Eté Checagem(Eté Fact-Checking) works and specializes in human rights and guidelines relating to the women, youth and LGBTQIA population in Brazil. Ruda Coletiva(Ruda Collective) a group of Latin America women photographers, will do a visual investigation of the impact that the pandemic has had in the food chain throughout the region. With the theme “From my window” Coletivo Mulherias (Mulherias Collective) will coordinate a group of women journalists living in the slums of Brazil portraying their routine during the pandemic. In Ecuador we will hear Isabel Gonzales and Chicas Poderosas develop a new podcast that aims to inform and support the journalist community in Latin America suffering the consequences of COVID-19 in their work. And in El Salvador we will support the work of photographer Giuzeppe Dezza and his work on documenting the impacts of the pandemic in the country.

Meedan has experience running projects of open-source investigations, collaborative journalism and innovation. Bringing this knowledge to grassroot organizations and adding them to the Check Global network brings possibilities of collaboration and building better products by having these organizations use our open source software Check in new ways, while tapping into the broader Check Global network initiatives, such as our network training calls and webinars, and potentially accessing expert-sourced information from our COVID-19 Expert Database.

The rise of conservative, oppressive and misogynist governments in the region has led to a spike in feminist activism and women jornalists uniting in public manifestations in Argentina, Colombia, Peru, Ecuador, México, Chile and Brazil to advocate for human rights. These democratic activities led by activists, protesters and civil societies have been brutally shut down by governments. According to Amnesty International, these actions have resulted in the death of 210 people involved in protests.

In this digital age, memory is now born digitally, disseminated by activists and underrepresented communities in private platforms such as Facebook and Instagram. In 1973, the government of Argentina began disappearing people as a form of oppression, a practice that continues today in a number of Latin American countries under the frightful neologism of desaparecidos, or “the disappeared.” Today, we also struggle with datos desaparecidos, or disappeared data. Memory is a living thing and as a social practice it changes in each interaction, each time it is recalled. By preserving digital activism media and freedom of expression is a way to preserve integrity of these narratives. It is important to safekeep these digital archives and memories from private company servers and interests. Open source technology can serve as an alternative.

Our work in this discussion is facilitating and organizing community initiatives to address this issue, during events such as RightsCon 2020 and Internet Freedom Glitter Meetup. We hope to open and share knowledge with intersectional feminist and freedom of expression communities and worldwide on how to safekeep historical records as the world fights a pandemic. We invite you to attend these events in our efforts to develop memory as a form of resistance.

You can read a bit more on how memory has been erased during COVID-19 in Brazil and the role that open source technology can have on safekeeping it.

The region is seeing a rise in scientific and history negationism propagated by these governments, resulting in actions that will affect millions of people in the following years, focused on weakening the education system by diminishing the research budget in Brazil and Argentina, while in Chile the system is failing the population. There has been an increase in media education and training initiatives as a response to the misinformation platform that these governments have chosen to run. Media literacy in Brazil is now a subject that will be added to the mandatory curriculum of schools.

Education is a strategy to fight misinformation and prevent future societal situations as the one we are living by training future journalists and university students in understanding media work. We can train teachers on how to do this inside Check and using our resources. It can be used to expand product applicability by creating workflows inside Check designed specifically for this purpose. This would be a key asset for future partnerships with universities, communities and educational institutes. If you are interested in this opportunity, please get in touch. We have the Check U programme, with a 10-module curriculum designed specifically for health misinformation that can be implemented by schools, and we are keen to partner with a local educator to ensure these resources are translated and localized to Spanish and Portuguese.

What’s next for Check Global

The situation in Latin America continues to present numerous challenges that COVID-19 exacerbates and that will have lasting effects long after the pandemic is over. Our work at Meedan is to continue the support of our partners’ impact during this time and to expand the access to information in the region. To achieve this, we will build on shared knowledge from our Check Global network and communities in NAWA, Asia Pacific and Africa. They have unifying health and political aspects during this pandemic, share colonial contexts, face similar issues and are crafting their own solutions as they lead the pathway to a more equitable internet and future.