As #COP27 starts, we join the calls to #FREEALAA 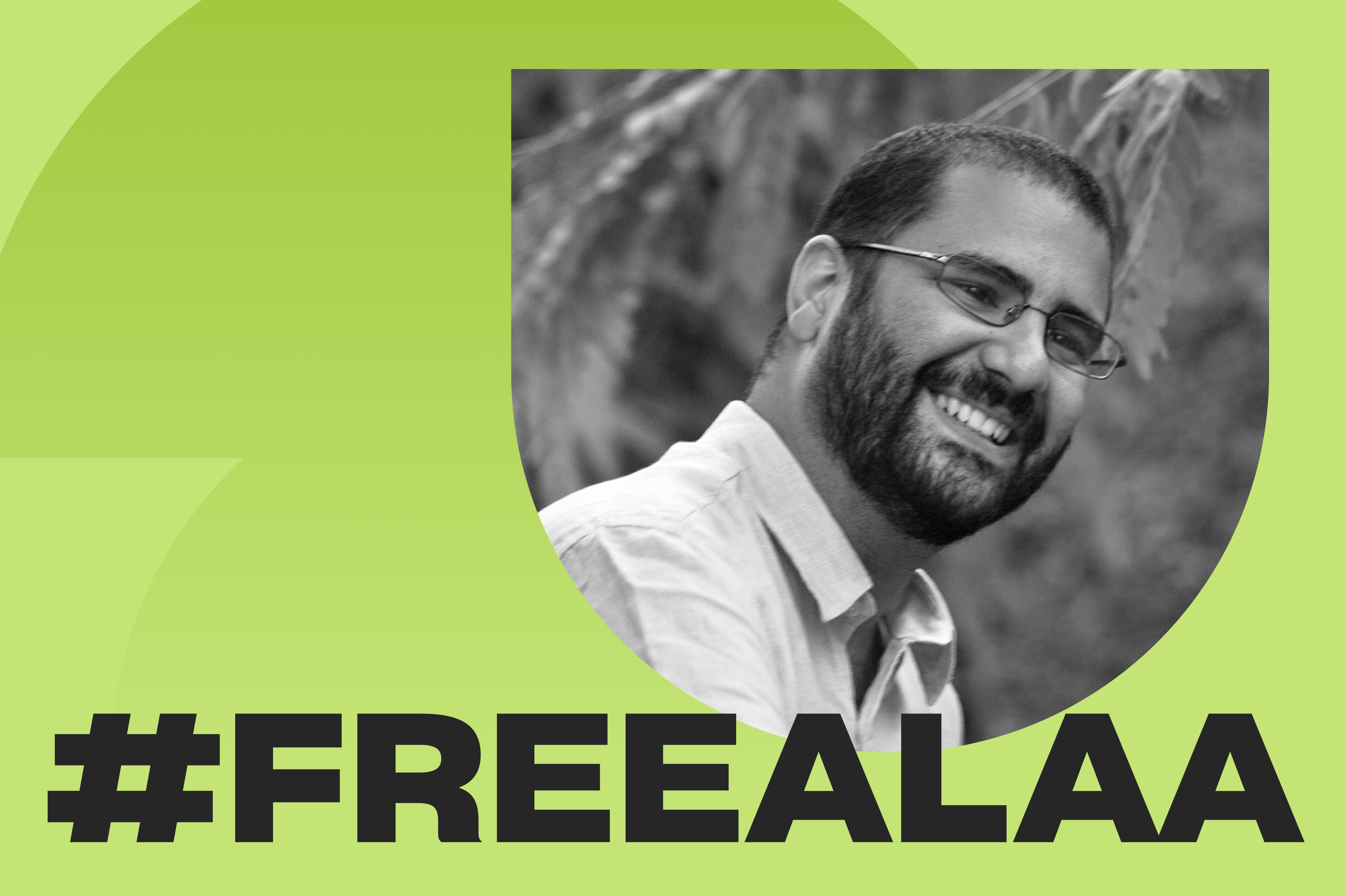 Alaa started his hunger strike more than 215 days ago. He’s now on a zero calorie strike, escalating from his previous 100 calories per day strike. On November 6th, before the start of the 2022 United Nations Climate Change Conference (COP27) in Egypt, Alaa has stopped drinking water. With this critical decision, Alaa is facing two options in the coming days: freedom or death.

Alaa Abdel Fattah has played a key role in technology and political activism in Egypt since the early 2000s. His powerful and emotive blogging played a part in catalysing Egypt’s 2011 uprising. As a group working towards a freer and more equitable internet, Meedan stands in solidarity with Alaa. We are deeply concerned about his life amid continuous negligence, recklessness and arbitrariness shown by the Egyptian authorities despite public outcry and continuous calls by human rights organizations and lawmakers worldwide.

We urge you to take action:

More than 300 organizations, including Climate Action Network International (CAN) and Greenpeace, and more than 800 individuals, including climate activist Greta Thunberg, signed the petition calling on Egyptian authorities to release journalists and political prisoners in the country ahead of COP27.

Egypt is hosting COP27, which will take place from 6-18 November 2022. Human Rights Watch declared that Egypt's hosting of COP27 comes after years of intensifying restrictions on human rights and environmental groups in the country, amounting to one of the harshest government clampdowns in decades.

56 US lawmakers wrote a letter to US President Joe Biden ahead of COP27, asserting that Egypt's climate action is undercut by its refusal to allow the meaningful participation of environmental and civil society groups, activists, and those most impacted by the climate crisis.

Finally, UN experts are alarmed by restrictions imposed on civil society ahead of the climate summit. A statement released last month by the UN High Commission for Human Rights warned that "arrests and detention, NGO asset freezes and dissolutions and travel restrictions against human rights defenders have created a climate of fear for Egyptian civil society organizations to engage visibly at the COP27."