Q&A with Watching Western Sahara: Bringing one of the world’s most invisible crises to the spotlight through citizen journalism and cinema

Q&A with Watching Western Sahara: Bringing one of the world’s most invisible crises to the spotlight through citizen journalism and cinema 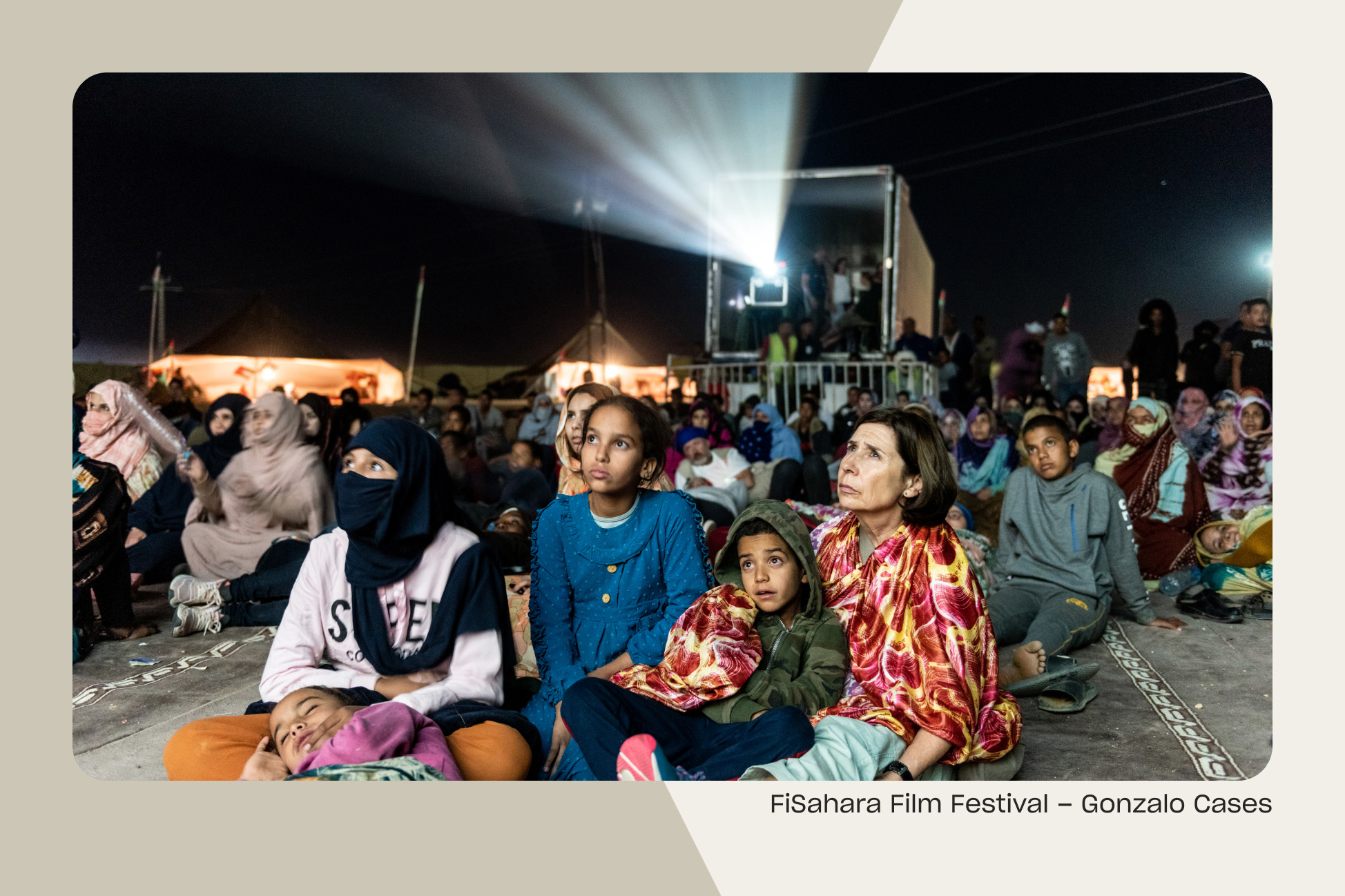 ‍Can you share a bit of background around the Western Sahara conflict? And how would you describe the situation in 2022?

Sahrawis have endured almost half of a century of occupation of their homeland by Morocco after Spain, the former colonial power, withdrew and signed an agreement that allowed Morocco to invade, and thus prevented the territory from decolonizing with the rest of Africa. Half of the indigenous Sahrawi population has remained under occupation, while the other half lives in refugee camps in Algeria. Families were ripped apart by the invasion and live on either side of the 2.700km-long separation wall built by Morocco that traverses the territory like a long scar, lined with 7 million landmines. After a 16-year war between the Moroccan military and the Sahrawi liberation army, the Polisario Front, the UN, in 1991, brokered a ceasefire agreement promising Sahrawis a referendum on self-determination.

But more than 30 years have passed and Morocco has refused to hold up its end of the deal, refusing to implement the conditions of the peace accords and stalling the process.

How would you describe the conditions in the occupied Western Sahara and in the Sahrawi refugee camps, especially how journalists and human rights defenders are impacted?

In the occupied Western Sahara, Morocco acts with complete impunity in its repression of Sahrawi human rights defenders and journalists. The latest crackdown, which began in November 2020 when the 29-year ceasefire between Morocco and the Polisario Front came to an end, has seen scores of Sahrawis arbitrarily arrested and abused by the occupation forces, who act with no fear of being held accountable by the international community. Today, it is very dangerous to be an activist and even more so a journalist. Many Sahrawi journalists have had to flee after being detained, followed, monitored, and threatened with imprisonment.

This leaves the territory with less people to document human rights violations and raise international awareness about what is happening there. International media and human rights monitors are banned from entering the territory, which Reporters without Borders has defined as a "news blackhole". And that's exactly how Morocco wants it.

Sahrawi and international human rights NGO's have recently been filing scores of complaints before the UN's Special Procedures, including the UN Working Group on Arbitrary Detentions and various special rapporteurs, with the hope that these mechanisms will issue decisions that condemn Morocco's human rights violations in the territory.

A large group of filmmakers, producers, subtitlers, journalists, cultural activists and others organize FiSahara, an annual film festival in the Sahrawi refugee camps. What is the idea behind the festival? Why is culture important in this context? And how can it be regarded as another channel to amplify the voice of Sahrawi people?

While the humanitarian situation in the camps is dire and most donors only contribute to areas such as food, health and education, the heart of the Sahrawi struggle is to survive as a people.

This means nurturing and celebrating their culture and identity. It means preserving age-old traditions and ensuring that they are transmitted to the younger generations. As Morocco attempts to assimilate and at the same time coopt Sahrawi culture in the occupied territory, Sahrawis are pushing back. And while film is a newcomer to Sahrawi culture, it has been embraced as one of the most effective tools to get this done. In 2003 Sahrawis created FiSahara, a film festival, and in 2011 FiSahara created a film school that has generated a new art: Sahrawi cinematography.

FiSahara has two critical objectives: raising international awareness about Western Sahara and using film as a tool to preserve and transmit Sahrawi identity and culture. The most recent edition was held in October of 2022, and its theme “Decolonize!” resonated with Sahrawis and visitors alike. Filmmakers and activists from many countries, some still struggling with the vestiges of colonialism, held rich exchanges with their Sahrawi counterparts, leading to future collaborations.

During the festival, you also organized workshops to share insights and train citizen journalists and volunteers on documenting human rights abuse using videography and photography. How would you describe the impact of these trainings and workshops?

The results have been extraordinary. Before the training, the activists had enormous difficulty getting their footage to international human rights organizations and media, and rarely if ever was their material used in reporting. In other words, they were taking enormous risks to obtain images, without accomplishing one of their main objectives (they were achieving the other: informing their internal Sahrawi audiences).

The training and mentoring that followed helped activists improve the evidentiary quality and effectiveness of their footage, and connected them to organizations and media that eventually began to rely on them as sources. Nowadays, Sahrawi media organizations have become reliable sources for international reporting on Western Sahara.

Sahrawi women have  played an important role in fighting state-sponsored harassment, responding to restrictions of freedoms, and documenting human rights abuses. How did Sahrawi women build and continue to use this organic network of support and defiance?

Morocco targets Sahrawi women for violence and online defamation because the country is aware of their enormous power as activists, as well as their potential to galvanize widespread support for the freedom they are seeking. By targeting them, Morocco hopes to silence their voices and prevent them from reaching that critical mass of support.

Sahrawi women in Western Sahara peacefully defy armed police on the streets of occupied cities, rightfully claiming their public spaces and appearing fearless in the face of imminent danger. They do feel fear, inevitably, because they know what is coming to them. They wrap themselves in layers of clothing hoping to cushion the blows and use their bodies as tools of resistance; even if they are beaten and sexually assaulted, the next day they will be there again. This represents a serious threat to the Moroccan régime because the only language the territory speaks is violence, and it is met and disarmed with the language of nonviolent resistance.